I visited the Mexican hillside community of Tepoztlán. Located in the state of Morelos the town is about an hour and a half from Mexico City. I was there to investigate local textile production and distribution, and I took the opportunity to explore the community and local territory. The town turned out to be both an engaging and beautiful locale. The air is clear, the townspeople are welcoming and there is a local population of healers and mystics, both indigenous and extranjero. 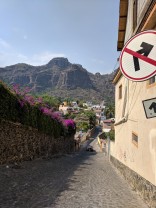 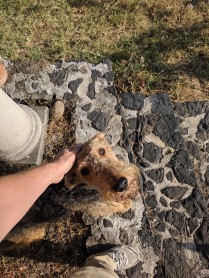 Tepoztlán has a long pre-hispanic history with some of the earliest pottery findings and other ceramic utensils dating back to approximately 1,500 BC, and post Spanish incursion Cortés ordered the town razed after town leaders refused to meet with him. It is also considered the birthplace of the feathered serpent god Quetzalcoatl. More recently, Conor Oberst recorded his self titled 2008 solo album here. The town currently has a small museum of excellent examples of pre-colombian artifacts, as well as a very lively Sunday market that fills one of the streets in the centre of town.

During my time in Tepoztlán I climbed up the Tepozteco mountain to visit the Ometochtli-Tepoztēcatl pyramid a site of ruins that look out over the town. Originating as a continuation of one of the main streets in town, the path is a 2 km hike that goes pretty much straight uphill. 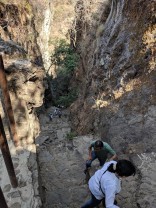 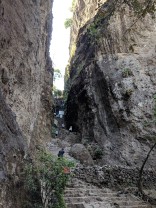 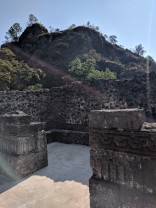 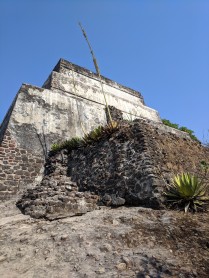 It was a challenge as it was physically very demanding, but the view from the pyramid was truly awesome, and definitely worth the effort. Looking out over the valley, high up on the mountain, I experienced a feeling of deep peace and serenity.

In addition to my research and mountain climbing, I also had several sessions with a local healer in his beautiful adobe home surrounded with cascading bougainvillea, situated on land that his family had always inhabited. For me, as someone with an essentially rootless diasporic family legacy, the feeling of permanence was welcoming. The sessions left me feeling both grounded and energized. During one of the sessions I had a strong feeling of my head being made of a chunk of volcanic rock. Of interest is this painting by Siqueiros I encountered the following week in the Museum of Modern Art in Mexico city: 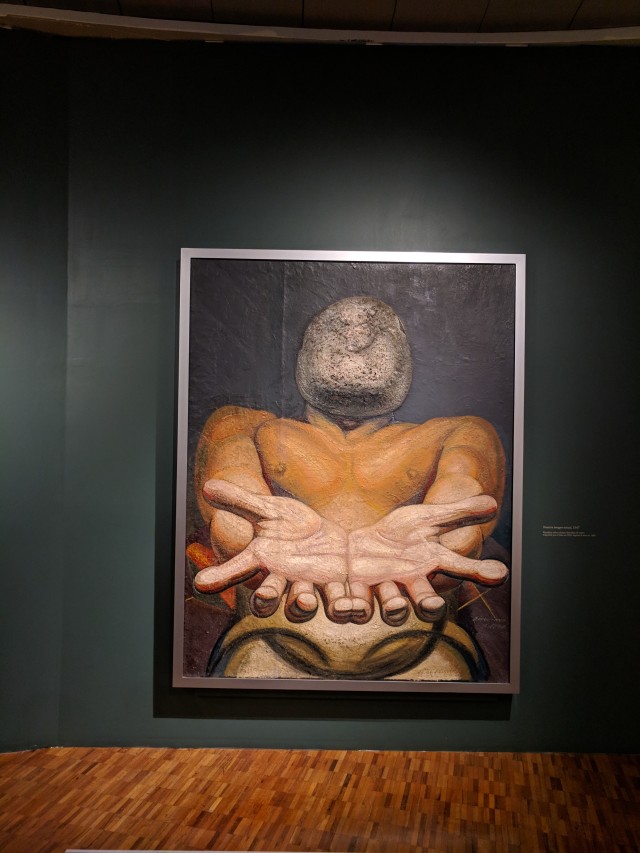 As someone who spends a lot of time in my head, the significance was not lost on me.

I was truly sad to leave Tepoztlán, it is a very special place and I plan to return and spend more time here in the future.

Background and historical information for this piece came from: https://en.wikipedia.org/wiki/Tepoztl%C3%A1n